Unfortunately, beautiful alone is not enough. Be found by search engine optimization (SEO) is probably the most important topic in Online Marketing. Regardless of whether you are regionally in Leverkusen want to be visible or want to be present in search engines from Leverkusen in Germany, Europe or worldwide.

✔ You will be better found in Leverkusen and beyond 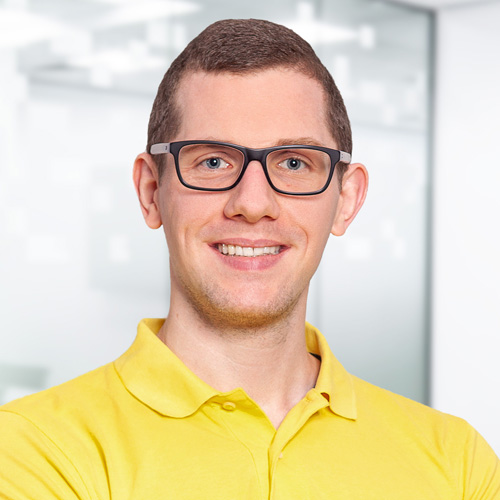 Your advisor for SEO in Leverkusen 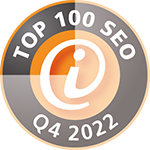 Your advantages with us:

You don't pay a performance agency, you invest in your sales.

What does search engine optimization mean

SEO = Search engine optimization is an essential measure to optimize your website, blog or online shop in times of search engines, apps and interface searches. The fact is that since about 2014 without SEO no website can be successful.

The advantage over bsp. SEA = Search Engine Advertising (search engine advertising) is that which are not the case of constant costs! Targeted search engine optimization is SUSTAINABLE and done correctly for years! If the basic optimization is correct, you, employees or the agency only need to fill the page further, update it and add texts.

With SEO you can bring your site to the fore cost-efficiently and in the long term, usually with added value for the visitor.

What's behind SEO and what does it bring?

One of the most important questions when it comes to optimizing a website, online shop or blog. There are numerous algorithms, techniques and procedures behind search engine optimization that you do not need to know! With more than 300 factors (to put it simply: point system) each URL = www address is evaluated by Google, bing, ask etc. and placed in relation to each search query that is as suitable as possible.

The higher your “score”, the more likely you are to appear further up. With a basic optimization, which is taken into account on all our websites, you already have around 50 points in your pocket as standard.

In plain language: behind SEO there is an optimization based on defined tasks with individual measures such as content marketing (text content) and additional technical factors such as loading time optimization, rich snippets (example: rating stars) and image compression. Responsive pages are and must be standard. SSL = https:// has also been standard with us for years.

The improvement in the ranking thus brings more visitors = interested parties and, with the right content and additional conversion optimization, more leads/customers and sales.

It is not for nothing that many medium-sized companies are so successful on the Internet - unfortunately many are not either.

Why SEO is that important

On average, every company has at least 7-10 direct competitors. Online, on the other hand, it is often 25-35. Why? the search engine not only includes sales platforms in the search term, but also test pages, blogs and all other types of pages. In addition to these factors, there are the SERPs (search results + search ads), shopping ads (for products) and image search. That means we often have thousands of search results for a term and these are divided into different areas with different interactions.

If your page and the associated search result is not optimized with text, images, rich snippets, etc., you will be displayed further down or not at all.

ATTENTION: Over 95% get off at the first search result page!

So take advantage of the opportunity, no matter how big or small you are. The opportunity is the same for EVERYONE!

We optimize safely, fairly and sustainably with current trends and opportunities that your system and strategy offer us.

Our SEO-Offer
Free regional SEO-Competition analysis
We analyze your website manually, look at the competition and give you a detailed roadmap on how to be successful in Leverkusen and the surrounding area.

SEO means for us:

Our SEO-Packages for Leverkusen and the surrounding area

Advertising is often expensive and inefficient. Classic printed matter, advertisements in newsletters, poster advertising and flyers have a large wastage and often only reach the customer by chance. SEO Search engine optimization offers a modern and efficient approach. Be found better on Google, Bing, Yahoo and co.

The combination of all three professionally executed SEO-Services offers you added value in sales and targeted control of address, resources and budget. The days of tedious cold calling by phone and email are over, and not just because of legal prohibitions.

It does not matter SEO for services, Optimization of an online shop or Search engine optimization for local trade. We offer new customer acquisition solutions for small and medium-sized companies. In your strategy, keep in mind: SEO is cheaper, AdWords faster. If Advertising agency for Leverkusen we offer everything to do with marketing. logo design, Webdesign, programming, textwriting to the right one Webhosting. Other important terms related to website optimization are SEM (search engine marketing).

Please also note our postal packages and Maintenance flat rates / installment payments. we are yours SEO-Agency for Leverkusen.

And that's what our customers say Leverkusen and environment

Of course, we would also be happy to place you on Google, Bing, etc. nationally and nationally.

We develop effective and budget-optimized online advertising through Google Ads (AdWords) and Bing Ads for your products, services and advice for Leverkusen and the region. In this way you reach your target group 100% and are only displayed if someone is actually looking for your suitable services.

As an advertising & marketing agency, we guarantee much more than just creativity, optics and design. We also help you with marketing and generating new customers SEO, SEA and remarketing. The combination of creativity and marketing knowledge ensures maximum success through e-mail marketing, landing pages, regional advertising and, if necessary, even classic print advertising.

We advise you on all aspects of Facebook, Instagram, Twitter, LinkedIn, Xing and Co. and tell you what really benefits your brand - automation, brand building, management.

Via the social networks we ensure more resonance, brand building and the acquisition of new products for your local business in or near Leverkusen. With targeted ads, success is guaranteed.

We are happy to pass on our knowledge to you.

It is not for nothing that more than 80 agencies from the DACH region already trust our workshops for further training and as a basis for consulting for really effective digital & online marketing.

Isn't it easy to win regional customers in and around Leverkusen? With local search engine optimization and a targeted strategy, this is possible for all industries.

We'll show you how it's done and help you make more sales!

Additional services for –
Leverkusen and beyond

Information about the City of Leverkusen

Leverkusen, as an independent city, is geographically located in the Bergisches Land and thus belongs to the Rhineland. Due to the short distance of about 10 kilometers, the administrative district of Cologne is only a stone's throw away. Leverkusen lies on the lower reaches of the Wupper and the Dhünn. In addition, Leverkusen is on the right bank of the Rhine and, with more than 166.000 inhabitants and a total area of ​​almost 80.000 km², is one of the largest cities between Cologne and Düsseldorf.

Art, culture and leisure are also a pleasure in a beautiful city like Leverkusen. In terms of culture, Leverkusen has a lot to offer. Since then, theatrical performances and music concerts for young and old have taken place regularly in the "Forum" event center, which opened in 1969. The Leverkusen Jazz Days are a special cultural event for the people of Leverkusen. Every year, numerous renowned international greats from the jazz and blues music scene perform at the Leverkusen Jazz Days.

Another place for regular concerts as well as theater and ballet performances is the "Bayer Recovery House". All cultural performances are organized and hosted by Bayer's culture department in Bayer AG's company-owned venue and are therefore not municipal. In order not only to invite external artists for concerts, Leverkusen founded the Municipal Music School in Leverkusen. As a specialist institute, the Municipal Music School in Leverkusen offers over 300 events for its students every year.

A wide range of topics is represented in museums in Leverkusen. To name a few: Morsbroich Castle has existed since 1951 and deals with the artistic field. In the industrial museum in Freudenthaler Sensenhammer, the working and living environment of the 19th century is brought back to life. The Colony Museum in Wiesdorf shows the typical apartments of the Bayer Colony (factory settlement) of the 30s. In the children's and young people's museum EnergieStadt the subject of energy is dealt with in particular.

The most famous landmark of the city of Leverkusen can be seen from afar, the Bayer Cross. In 1933, the free-hanging Bayer Cross with a diameter of 72 meters was the largest free-hanging illuminated advertising in the world. The Leverkusen-Bürrig water tower is used by Energieversorung-Leverkusen and is also available to visitors as an observation tower. Other buildings worth seeing in Leverkusen are the Villa Wuppermann, the Villa Römer with exhibitions on history, the Doktorsburg, the Friedenberger Hof and the historic Ophoven estate, where the remains of a 13th-century castle can be admired.

If you want to explore the green areas and parks in Leverkusen with your children, then the Reuschenberg wildlife park with a total area of ​​34 km² is recommended. In addition, Leverkusen is known for the Bundesliga soccer club Bayer Leverkusen.

For a trip for the purpose of art, culture or nature, in addition to numerous hotels, Leverkusen also offers the ideal proximity to the airport or the connections to the A3 and A1 motorways, as well as easy arrival and departure. Sights include the Bayer Cross with the nearby Bay Arena, the Forum event center where concerts and the annual Leverkusen Jazz Days take place regularly, the numerous museums with a wide range of topics, the Holi Festival of Colors, and much more. Be sure to take the opportunity of a city tour of Leverkusen.

Inquire now without obligation and get advice

Better SEO-Ranking in sight?
Let's toast to your success together!